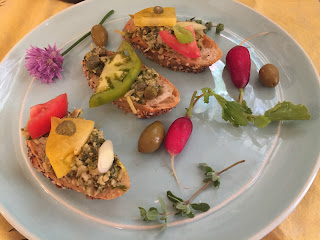 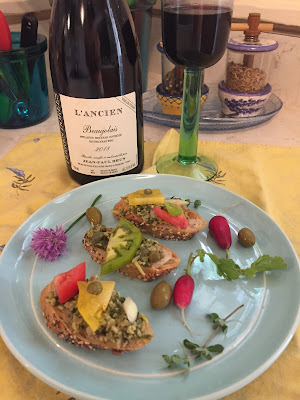 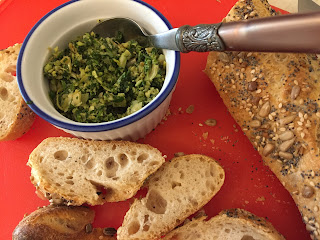 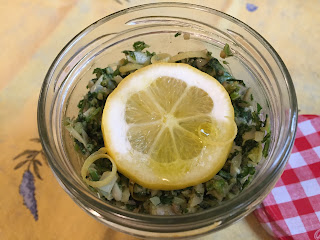 Artichoke Pesto in a Jar as a gift 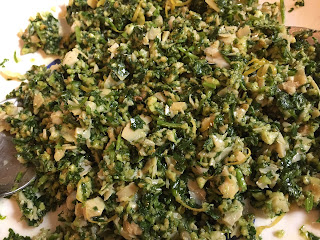 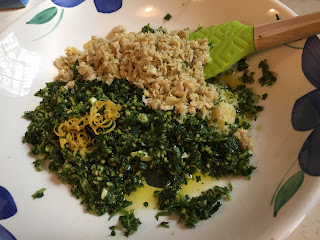 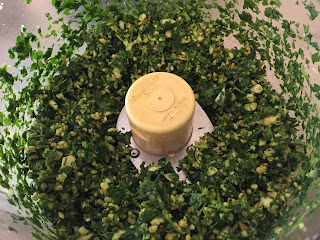 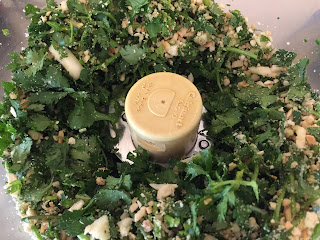 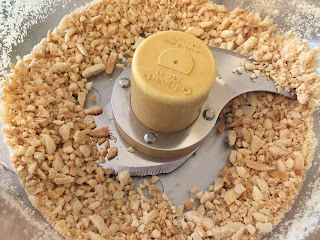 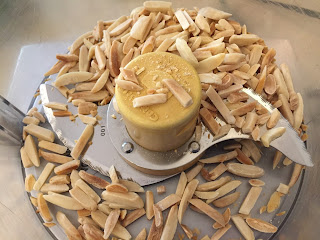 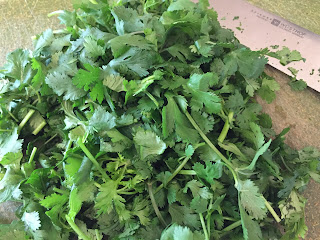 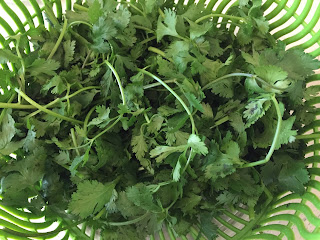 Cilantro in a Salad Spinner 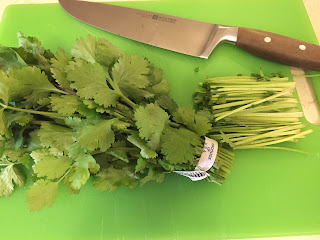 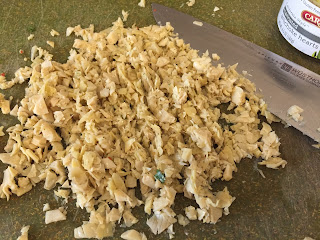 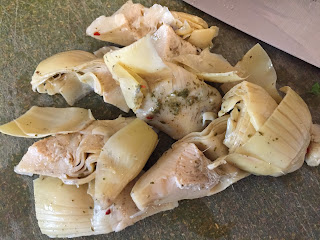 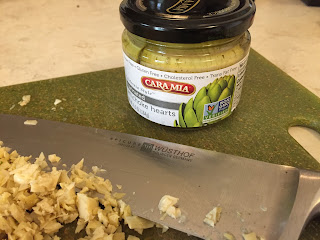 Marinated Artichoke Hearts in a Jar 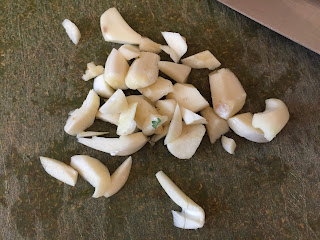 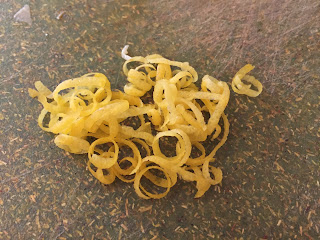 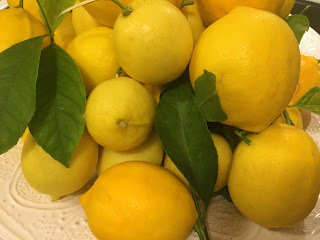 You’ll love making and enjoying this delicious Savory Artichoke Pesto. This flavorful vegan pesto can be used in pasta, risotto, soups, on polenta, pizza or tart crust with veggies and shaved vegan cheese, on flatbread with mixed greens, chopped tomatoes & capers, in paninis with a slice of vegan cheese, with gourmet crackers, crusty breads and baguettes crostini and much more. So, let’s get started with this simple and delicious recipe!

Instructions:
1. Lightly toast almond slivers in a skillet and set aside to cool.
2. Cut cilantro stems by 2-3 inches, wash and drain in a salad spinner to remove excess water. Next, do a rough chop. See pics above.
3. Pour the jar of marinated artichoke hearts into a colander and press down with a spatula to get the liquid out. Next, finely mince them, see pics above.
4. Place toasted almond slivers in a food processor, pic.1  and pulse until coarsely chopped, pic.2
4. Add cilantro and garlic to the almond slivers in the food processor, pic.3 and pulse until the mixture resembles a coarse texture, pic.4
5. Pour the mixture into a flat bowl, add minced artichoke, lemon juice & rinds, sea salt and olive oil, pic.5 and mix with two spoons until well blended, pic. 6.
6. You can enjoy your delicious pesto right away or refrigerate it in an airtight jar for up to 1 week.

Savory Artichoke Pesto in a Jar as a Gift - This flavorful pesto makes a delicious gift for family and friends. Just put it in a beautiful jar and leave in on their porch, patio, garden table, etc. This way you’ll avoid any types of contacts while spreading love and joy!

Posted by Lavender Design + Cuisine at 10:54 AM